Avast, me hearties! Are you longing for the days of Renaissance Spain and the infamy of sailing the high seas under the black flag of the golden age of piracy? If so, then December 11th is going to be your lucky day because Paradox Interactive has released their latest DLC for Europa Universalis IV: Golden Century.

Feedback on the announced content of GC has been -- contentious, but previously locked content from past expansions has now been made free to compensate.

Golden Century is an immersion pack intended to focus almost entirely on the golden century of Spain, and as a result of spilling outwards into somewhat related mechanics, also has pirate republics. It's not intended to be a full expansion, just as Rule Britannia and Third Rome were not full expansions.

Show Me the Gold

As ever, it's important to seperate what you get from the premium expansion from what will be included, for free, in the accompanying patch that comes with every expansion release.

A lot of people have been waiting for this particular ability, and the announcement has generally been received pretty well. ≈gomovies≈ gisaengchung (2019) full movie hd 1080p. Like all good mechanics, expelling the minorities from your nation to fuel your colonial expansion certainly makes unifying the culture of the homeland easier but it sets up a potential new nation full of people who have reason not to believe as you do and that can definitely come back to bite you. Ask the Puritans!

Both the Iberian Catholics and Andalusian Sufi have the ability to appoint a holy order to administrate an entire state, giving it some province bonuses. For example, appointing the Jesuits to administer an Iberian state costs 50 administrative power and gives every province in that state +1 administrative development, +1.5% missionary strength in that state, and a 10% reduction in construction cost. Both the Catholic and Muslim versions are effectively identical. 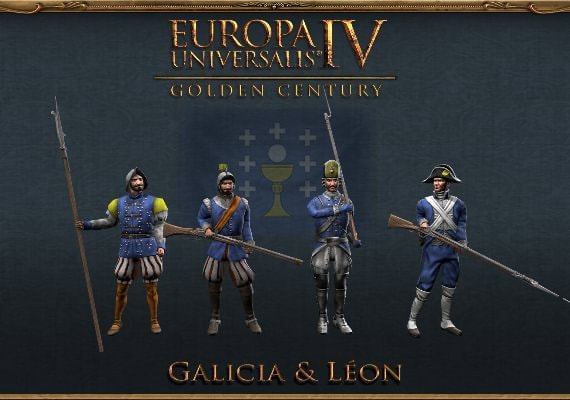 Have a nice, large fleet and looking for a big, hefty ship to represent the centralized power of your force? You want a flagship. To have one you're going to need an already established fleet of 3000 sailors and they're not cheap. You get to customize your flagship with up to 3 slots worth of modifications, each of which will make it more expensive to keep the thing sailing.

The best example may be Hull Sheathing, which gives a whopping 50% increase to the durability of the flagship at the same cost of 0.5 maintenance of the others. There are nation specific flagship modifications available for Portugal, Spain/Castile, and the Netherlands/Holland (and only them) which has led to some complaints about significant naval countries being left out, but I suspect you'll see the number of nation-specific modifications increase in the future.

You'll recognize this as effectively porting the Artillery Barrage from the Mandate of Heaven expansion for ships. While being able to spend 50 military influence to help reduce fort walls faster from any cannon-bearing ship is nothing to sneeze at, you may seriously consider whether those 50 military influence are better spent elsewhere.

Like the other immersion packs, GC brings new missions and objectives to the Iberian Peninsula and the Moors of Northwest Africa, which will bring a lot more possibilities for you if playing with Castile/Spain, Portugal, Aragon, Morocco, Granada, or Tunis.

Part of all the immersion packs is the greater visual distinction between the nations of the region the pack is focusing on. The assumption is that you are going to spend a lot of time really looking at that particular set of nations so it should be easier to tell their land and ship models apart. Purely cosmetic, so make of it what you will.

Paradox is promising 10 to 12 minutes of original music 'inspired by the discovery of the New World.' Will you even notice 12 minutes more?

You could make the entirely reasonable argument that pirate republics are the best reason, and maybe the only reason, to buy Golden Century. Are they really historical? Well, certainly some existed .. very briefly. In the East, organizations of pirates had the advantage of lots of islands and less powerful, decentralized governments to hunt them down. In the West, once England and Spain decided that paying people to sink and steal the ships of each other was largely ineffective, piracy lost a lot of its gloss as both a major seafaring powers decided that pirates needed to go.

In GC, pirate republics can only arise naturally in a handful of locations, three of which are located roughly in the Caribbean. If your nation is located on an island or in the Mahgreb, you can take a decision to become a pirate Republic. It's costly and you need to be really focused on naval power and, in particular, privateering (because sucking up at least 10 trade power with privateers is hard work), but you can do it. As a result you will get a custom set of factions and governmental reforms (if you have the Dharma expansion for reforms, that is).

Is the Booty Worth It?

The smaller expansions are always difficult to make a definitive judgment one, but here’s some general advice for you:

If you enjoy playing in the Iberian Peninsula and you can overlook a few historical irregularities, then it would be very hard to pass up on Golden Century. If you're obsessed by pirates and can't fight off the desire to pretend to be Jack Sparrow, then this is going to be your best bet within EU4.

If you're literally anyone else: While it's only $10 USD, it's not really vital to your experience and doesn't actually bring that much to the table. You might just want to wait until the next actual expansion and pick this one up on sale.

Paradox are allowing you to play an EU4 expansion for free, for a limited time